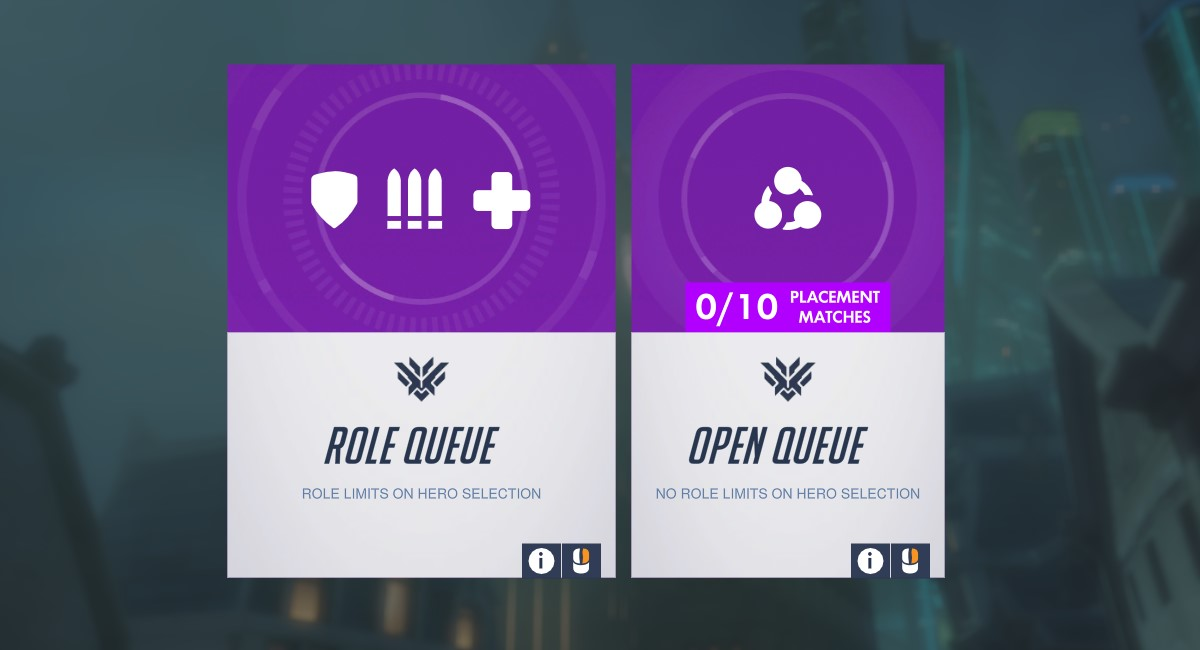 Once upon a time, only one queue exists, it didn’t have a name, and was just a competitive queue where role selection didn’t exist, you could just choose the hero you wish, didn’t even matter if it was completely worthless for the composition, 5 DPS. It basically was a clown fiesta. Later, an ad was added that said something like “tank is needed”, “healer is needed”, “not enough damage”, it was an attempt to balance the team comps and trying to push the meta to a 2 – 2 – 2. 2 DPS, 2 tanks and 2 healers. But they were “ok” with the competitive queue at that point, wanted to push it but not that much.

Then something horrible came, the 0-3-3. 0 DPS, 3 tanks and 3 healers. It was the Overwatch meta for a long time and it was pretty horrible, the only thing you saw was tanks and healers, tanks and healers. The options were there, nerf the healers, nerf the tanks… or restrict how many heroes of one role can be played, that’s where Role queue was added, after that, it was a must to play 2 DPS, 2 tanks and 2 healers. It was there for a long time, but now, the original competitive queue is back, coexisting with the role queue. In open queue you can choose everything you want, just like in old times.

Something very important to note is that the tier in Role queue is separated from Open queue, since, in fact, it’s not the same gameplay. One is more focused on directly team working and the other is focused on being the best, better than everyone else. Probably taking a specific hero just to counter them, like Wiston against every Genji. Or choosing Widowmaker to headshot everyone. The posibilities of outplay by yourself are higher in open queue, everyone will be playing by their side and you need to do the best to achieve the victory. Boosting websites offers services for both queues, in case you don’t feel secure enough to play both.