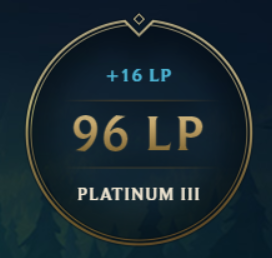 League of Legends ranked system have always had a promote system for every time you get 100 LP (league points), it is basically a best of 3. You needed to win 2 games of 3, if you lose 2 then you lost the promo and need to get the enough LP to get into promo again, sounds easy, right? Well, sometimes it’s not that easy, that’s why many people buy promotion games on boosting websites to avoid that travel again.

We all would say that then, without promotions, it would be much easier to climb, well, yes and no, without promos Riot needs to make changes to the LP gain system, because the promo was supposed to be “that wall of achievement” that you needed to cross.

Now, climbing is easier, but it’s also easier to demote, since the decay shields were removed. To make sure you get the division you are in you can always buy a few wins to make sure you will not decay that easily.

However, the promotions are not deleted at all, there are no more promotions between divisions but there are promotes between leagues, for example gold to platinum, you still need to play a best of 5 in that scenario. 3 wins to get into the next league. In this case the shield is still existing, which means you don’t need to worry about decaying from Platinum to Gold as decaying from Gold 1 to Gold 2.

But not let’s talk about the LP gain, many people have reported that they suddenly are earning more LP than before, this makes sense at the end because the progression needs to feel similar, but without the frustration of losing promos. From gaining 25 LP to gain 20, or from gaining 20 to gain 16, suddenly and randomly, but it probably it’s just another test from Riot to “hit the right formula”, which also happens. When they added Master, long time ago, the people in diamond started losing +30 LP due to system issues, they learned from it and want to make sure it does not happen again.