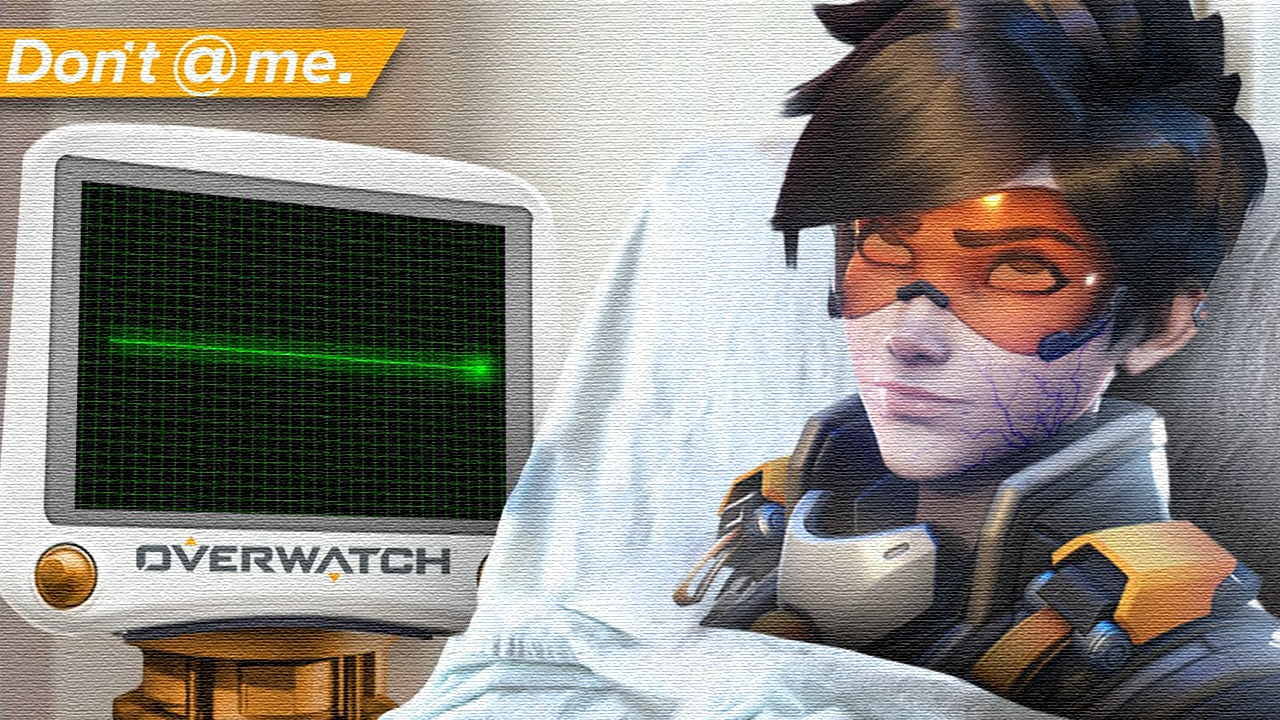 Since Overwatch was released, players speculate about the competitive scene and that Blizzard is slowing down and giving up on the game even tho updates and changes are being done often in the game ( with those updates being good or not, we can discuss that later and down below), Overwatch still have a lot of players daily playing and active, with Overwatch 2 incoming too, it is right to say that Overwatch is dead and players will give up on the game and that competitive scene is dying?

The sentence that Overwatch is dying is a really tricky question and statement, a game is considerate dead when the developers stop doing updates on the game and patches to keep the game active and alive, Blizzard keep doing that in Overwatch even tho players are complaining that even tho there are updates they are not really doing any good to the game and making them quitting the game because of it. Blizzard has been trying to keep interest in the players adding new events and queues so players can have a diversity of options to choose , Blizzard is also preparing a new sequel of the game with Overwatch 2 where you can keep your collections (Your accomplishments and loot collections will be carried forward to Overwatch 2. That means you’ll keep your skins, player icons, sprays, emotes, and more!) it will also have new maps and heroes and players with Overwatch will be able to play PvP multiplayer side by side with Overwatch 2 players.

Overwatch 2 will also have a new PvE mode where players will play campaign and cooperative and on PvP we will have a new Advanced map, where two teams will dispute the possession of a robot, positioned at the central point.

Blizzard has reported that there were 10 million active players per month in Overwatch , no one is sure and can guarantee that this numbers are correct and if it’s true or not, but if this is the correct number, for a game that has been around for four years this is a big number and it’s shows that there are still a lot of players in the game, but we can see that with years the number of players have declined and went down from year to year. The Overwatch League is also now streaming only on Youtube and not on Twitch, we don’t know if that has taken a part of viewership this season but even with that no matter the reason if there are fewer people watching Overwatch League it means that there are fewer people watching Overwatch content and talking about it so that means fewer players playing the game?

If we check all the pro and cons it’s guaranteed that Overwatch is losing a bit popularity and players every year, this year with the release of Valorant we saw a lot of streamers and content creators saying that will migrate and change to Valorant, Valorant is going to be successful for sure, but it isn’t going to kill Overwatch or remove it from the scene. Some players might change to Valorant, but that happens in a lot of games and the games don’t die because of it, and we can in future also see changes in Overwatch power rankings, but not all. Overwatch League usually gets the biggest stadiums in the world completely full and attracts a lot of people to Overwatch betting. When Valorant starts having this kind of numbers and big pool prizes like overwatch maybe but just maybe we can be worried about it. Even with that it doesn’t mean that the game is completely dead and that it won’t be around for a couple more years. Players are expecting what Overwatch 2 will bring to the table and maybe that will bring more players and old players to the game again we don’t know!

Here we have some stats from twitch from last year and this year:

We really don’t know if overwatch is dying or no or if everyone will stop playing the game soon, but check out this stats, we can see that from 2019 to 2020 the number of streamers and viewers fall down a lot, even the global rank of Overwatch on Twitch fall down 11 places and the average channels are still the same.

Another interesting number is the comparison of the peak viewers / Avg viewers and Hours watched of the Overwatch League 2019 to 2020 as we can see in this picture:

Overwatch League is still interesting for a lot of people even tho it’s not as big as the top esports games like CSGO or League of Legends, we can say that Overwatch doesn’t have the biggest number of players in the world, but we can also see that there are a lot of people still playing the game and having fun with it.

What’s your thoughts about it? Leave your comments!