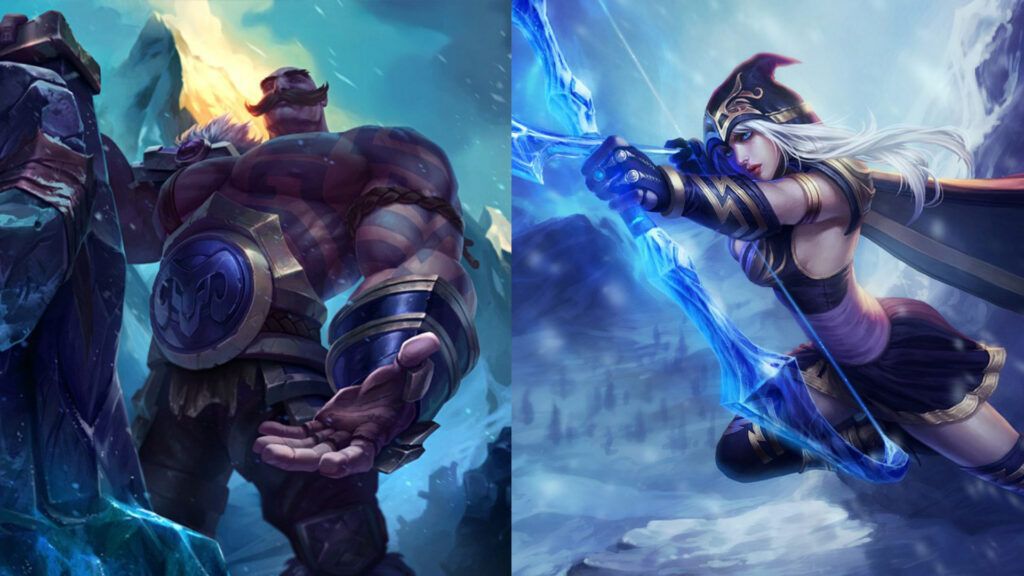 Climbing can be super hard sometimes, you want to do every possible thing that you can to optimize your performance and try to carry your teammates as much as possible, but sometimes, doing your best just isn’t enough. You could be styling on your opponent in lane, being 50 cs up through immaculate wave management, only to press tab and find out that the enemy jungle is somehow 10/0, just mowing through the rest of your team. But fear not, there is thankfully a solution for this, and that is to find yourself a reliable duo.

Riot made it so that if there is a pair of duo on one team, they would automatically match that team with another team that also has a duo.
This means just finding any duo isn’t enough anymore, to make it worthwhile, you have to find a duo who is competent, and has great synergy with you. Here are some factors that need to be taken into consideration when looking for a duo partner:

Say you main hyper ad carries like Kaisa, jinx, and kogmaw. It would be a lot more effective to have a duo who plays lulu compared to someone who plays aggro supports like Pyke. Having a duo whose champion pool synergizes well with yours can go a long way in your ranked climb and you can stomp lane much easier.

Similar to how having a synergetic champion pool pair can impact your duo performance, the role you play is also essential when considering a duo. For instance, it would be counterproductive for someone who mains top lane to duo with an ADC main. Sure you could maybe communicate with each other to set up some tp flanks, etc, but the duo wouldn’t be nearly as effective as a pair of a mid-jungle duo where the jungler helps mid lane push when they need a reset, and the mid lane helps the jungler invade to further extend their lead. Some of the best duo pairs in terms of the role you play are: ADC – support, mid – jungle, top – jungle, jungle – support, mid-support

This isn’t to say that you should never duo with someone who plays a role that isn’t optimally synergetic with yours, if you find that you and your duo are consistently winning games, then there’s no need to sweat about playing synergetic roles, whatever works for you. This is just to point out that some roles have relatively a better chance of winning than others when selecting a duo partner.

Ranked can be stressful and boring sometimes with so many loses, we get it, it’s easy to lose your cool from time to time and start tilting, but if you find that your duo partner is constantly complaining, tilting, and blaming others, then perhaps they are not that good of a fit. By duoing with someone with a poor mental, not only do you put yourself through the torture of having to put up with all that tantrum, but you also put the 3 other teammates at risk of tilting because of the negative behaviors coming from your duo.

Let’s face it, sometimes, there’s just this one person who seems to be that unstoppable god at the game. You could be having a terrible game and find yourself inting constantly, yet they still somehow manage to pop off and 1v9 the game. And the opposite could be true as well, they can have a perfect attitude, never tilt, play all the champions that synergize well with your main champion, but if they are simply atrocious at the game, it’s still no use to duo with them and you will still lose no matter what.

Keep in mind, these attributes are not ironclad requirements, you can still find a perfectly fine duo even if they don’t fulfill every single thing mentioned above, they are simply guidelines for having the best chance at finding a good one.

Now that you know what to/not to look for in a duo, it’s time to actually find yourself one. Below are some places you can find the perfect duo with ease.

RiftQ provides a platform for all LoL players to find their ideal duo, you can filter according to the role and champion they play, as well as their rank. They even allow players to find a 5-stack team for clash/flex. Whether you’re a lone wolf looking for a team, or want to play with a bunch of friends but need 1 or 2 people to fill up your team, RiftQ has got you covered.

With thousands of active users, there are several subreddits where you can find a duo partner either through creating your own post, or browsing through other people’s posts, and similar to RiftQ, you can also do find/join a clash team on there too.

There are over 200k users in the official League of Legends Discord community. They have a channel for practically everything, from chill arams to ranked duo. All you have to do is specify things like your rank and perhaps the role you’re looking for, and someone will reach out and dm you on discord. One major benefit of this platform is that it’s very flexible, you can put all sorts of things that you’re looking for in your message such as the champions they play, their role and rank, whether they are prone to tilt, whether they’d like to get in a voice call with you, etc.

Having another player playing alongside you, knowing what they are doing, will feel like you and him are duo boosting your team in every possible way.

There is absolutely no problem in having someone playing with you that is higher elo than the rest of you and your teammates, it’s like playing with your older brother that is Diamond 1 while you are playing in Silver, we see that a lot in League of Legends and not everyone is lucky enough to have a brother or friend that is higher elo than you and wants to help you climb the ladder in lower ranks if you have someone who can help you climb the ladder and makes you a better player, why not right?!

There is nothing wrong with duo boost and Riot does not ban or gives restrictions to anyone playing in a lower while they have their main accounts high in the ladder, there are no rules against it.